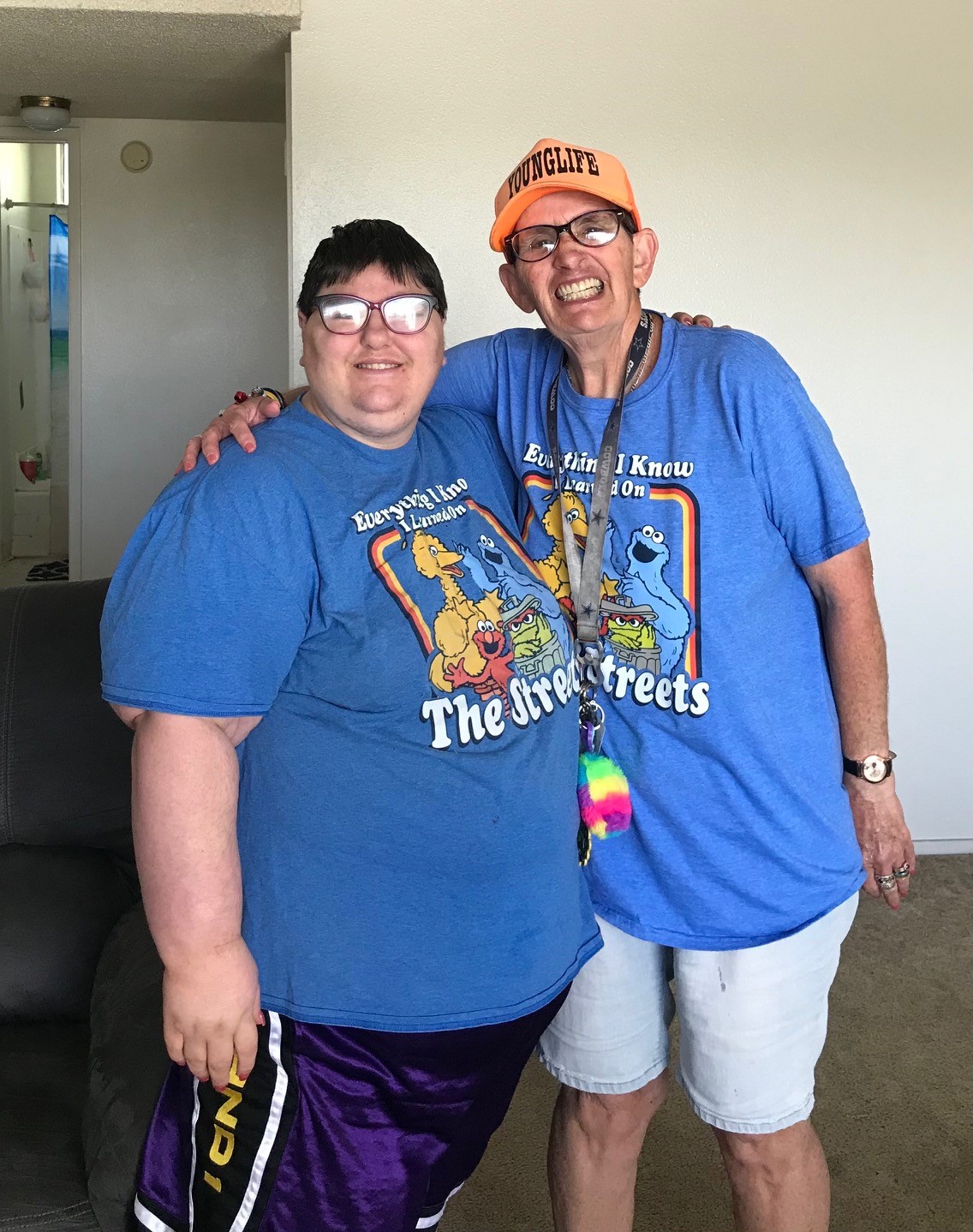 Undiagnosed or poor mental health is a serious threat to society and an individual’s daily life often leading to a seemingly unbroken cycle of fear, erratic behavior, law enforcement involvement and often tragically even death.  Syvahanna is no stranger to the reality of this she was in a terrible cycle of 911 calls and trips to the ER leading to admittance. Once released she was back in a toxic environment with the constant threat of eviction that would lead to homelessness.  Her relationships were not healthy and often dangerous, her belief in herself was almost nonexistent.  Her beginning days at Compass were filled with hospital reports and gentle encouragement to set boundaries and look for another living situation.  Slowly she found herself able to agree to finding new options and she began to develop new friendships and a network of support.  There were many more visits to the hospital and the risk of Syvannah becoming seriously hurt or worse continued.  With her continued efforts to break the cycle and at least remove herself from the negative environment Syvannah agreed to meet a potential match for a roommate.  This day and time will always be special to Syvannah as she met her roommate and forever friend.  Noni was a Compass client in need of a roommate and once her and Syvannah met they agreed to this new living arrangement with hopes it would work out. Syvannah had a new start a new location and a new friend however, she still struggled with her mental health.  She began to trust those around her with new this support circle she walked through Dr appointments and possible treatments. She bravely agreed to check herself into a facility that would assess her medications and reactions to them.  This was a huge step and a very frightening thing to do.  She had to leave her new found friends to go to an unknown place to seek treatment with an unknown outcome.  This was a long process and I am happy to report she was successful.  Upon returning with a new treatment plan and counseling sessions she began to heal!  She is living a life she dreamed about and is doing things that make her happy.  She is an amazing support to her roommate and as a once famous line from a movie her LC’s declare “they complete each other”!  They celebrate holidays by cooking delicious meals and attend Compass retreats they are often found getting their nails done and going out to Red Robins where they are known by all.  Syvannah has only had a few hospital visits in the past 3 years and has shown great determination in achieving her goal of a healthier happier her!!

I applaud you Syvannah and am thankful for the friendship you have in Noni!  I know you inspire me and many around you.  Thank you for being strong and allowing us to see the beauty of YOU!

One response to “Syvahanna’s Story”