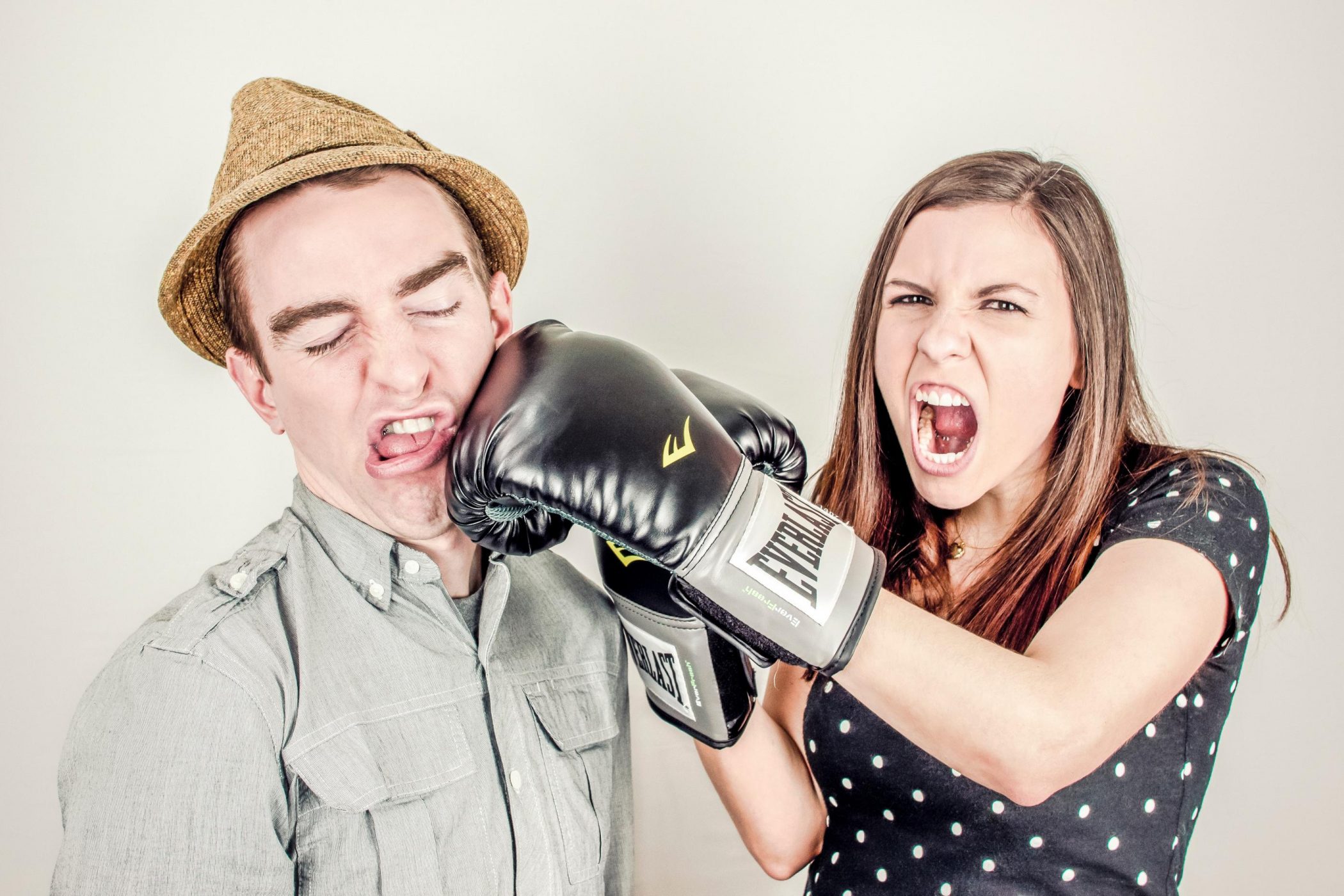 Have you ever seen the movie, What Happens in Vegas? It’s one of my husband and I’s favorite movie because it’s an accurate description of when we moved in together. No, we weren’t forced to do so like Ashton Kutcher and Cameron Diaz were, but when you ge

t two very strong willed, independent people together in a small confined space for well………eternity, idiosyncrasies come out. As I type this I have the scene of Ashton urinating on the dishes in mind. Who does that? People with a message, that’s who.

I’ve done a lot of things in my life. Some scary, some bizarre, but none so terrifying as moving in with my husband. People move in together all the time, why am I making such a big deal out of this? By moving in to a new home, with a new person a strong, overwhelming sense of vulnerability arises. I, for one, do not like my weaknesses to show to the people I love most. I don’t like to wash the dishes, I rise before the sun every morning, and I hate scary movies. My husband, on the other hand, buys stock in bleach, rarely goes to sleep before 3am, and has an unofficial bromance with Michael Myers. 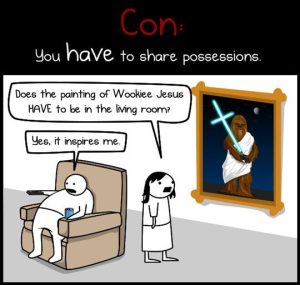 To say it took us some time to adjust would be like equating the Mississippi River to a small creek. Living together is hard. I like things my way. It was easy for me to express what I wanted and my routine; however, it was not so easy to understand his. I’ve been a morning person my entire life. The fact that people sleep in until noon is truly puzzling to me. I can’t tell you how many times I simply yelled “WAKE UP!” and was promptly dodging pillows and shoes being thrown at me. The good news is we survived. It took some courage, patience, and bravery, but we have been married for nearly 6 years now.

Imagine our same scenario between two people with disabilities and mental health concerns. Many of you have yet to meet Eric and Dwayne, but they are two Siskiyou ILS clients that have become our heroes. Dwayne’s home burned down a few years ago, and an unkind woman took him in. She secluded him to a mildew infested garage, and charged him nearly $700 rent to stay there. How was he ever going to find a better home and situation when she was taking all of his money and limited his ability to create meaningful friendships? Dwayne needed to be brave. He needed to believe in himself, and he needed to have the courage to pursue his dream of getting his own apartment.

Eric was in a similar situation. Eric lived with family; however he was the only one with income. His family slowly started to take everything from him, including his food. It got to a point where Eric ate at McDonald’s every day jus 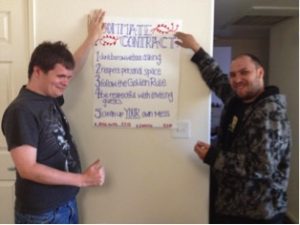 t so he wouldn’t have to buy food for others to eat. Eric wanted out, but much like Dwayne, needed to be brave enough to know he deserved better. How do get two people in horrible situations to believe in themselves? You give them community. You surround them with their peers who have dared to dream and are currently living su 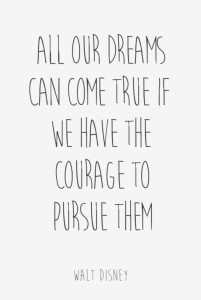 ccessfully in their own homes. You speak truth.

Eric and Dwayne are brave. They are courageous. They are determined enough to succeed. Oh, and did I mention, Eric and Dwayne are now roommates. However, moving in together did not come easy for them. Dwayne is a social man who lives by the motto “My house is your house.” Eric has autism and socializing doesn’t come easy to him. But, that has not hindered their success in the slightest.

These two gentlemen know what it is like to be treated as less than, and they refuse to treat each other in the same way. Every week they have a house meeting and go over concerns. They work out disagreements, and they always listen to understand. Eric and Dwayne may have fallen down seven times in life, but they were both brave enough to stand up eight. I suppose you can say they had their Disney Fairytale ending (but this is just the BEGINNING!) because “All our dreams can come true if we have the courage to pursue them (Walt Disney).”